Cheating as an artist

I'm not a very good artist so sometimes I like to cheat with my photographs. 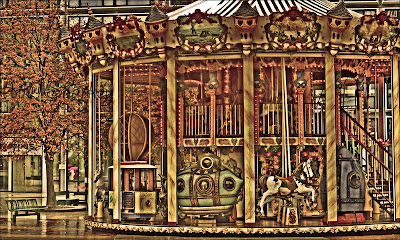 Posted by AnneMarie Sharkey at 10:27 No comments:

The Duke of Wellington Repertoire

They are not brilliant photos since I just snap them quickly on my compact or phone camera as I'm briskly making my way to work in the morning but I like them nonetheless (I can hear you say "that's no excuse!!").

The Duke has been making quite a few appearances lately in the news (either as a background emphasis to the main story or because he had the record no. of cones atop his stature) so I thought I would share my 'aside' blog with you.

I'm still wondering if all this exposure is coincidental to the timing of his new black cone or cleverly manufactured in the name of free advertising (I am only too aware of my hand in this).

Anyway, here he is, in all his glory - The Duke of Wellington! 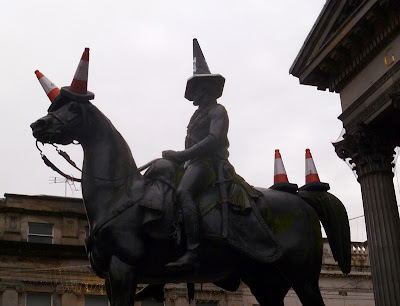 Posted by AnneMarie Sharkey at 11:41 No comments:

While I was the passenger in a car tonight, on my way home from work, I thought I would try to take some of my bokeh shots as it's been a while. 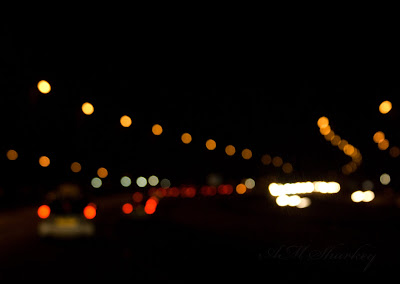 Thank you, K, for my many lifts home!!
Posted by AnneMarie Sharkey at 20:18 No comments:

I knew I would regret not taking my DSLR or even my film SLR with me on holiday. It's very hard to force an automatic compact to do what you want it to do when it's not already a function of the camera.

However, I did my best to achieve a bokeh shot of Correlejo, Fuerteventura and also to get the lovely colours of the volcanos of the island, showing in amazing layers under the pink sky. 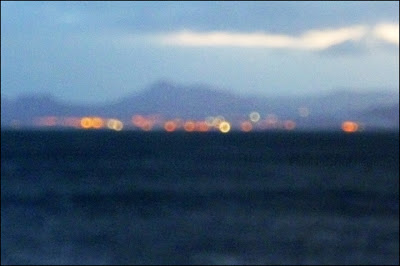 I also attempted some sunset shots, which didn't work out as good as I would have liked.

I also have specs of sand on the lens that I can't seem to remove and they show up in a lot of the photos that I took (meaning it was probably a good thing I didn't take my DSLR). 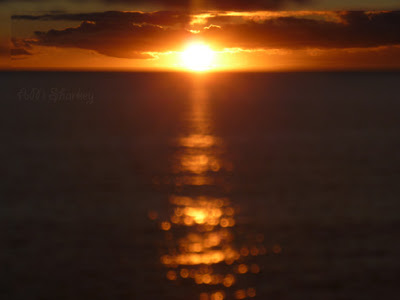 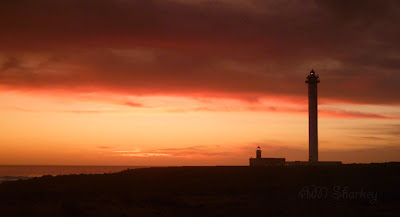 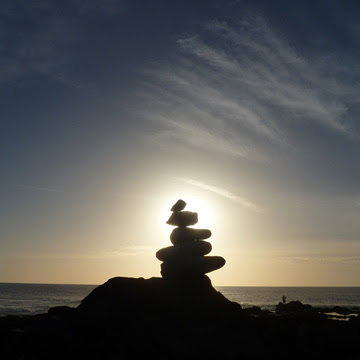 I had bought an underwater camera for the trip away but I didn't really get an opportunity to use it. When I did use it there were people in it who don't wish the photos to be published so I will leave you with my rubbish first attempts at using it. 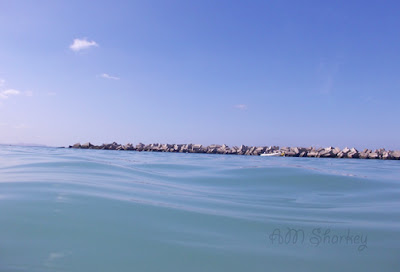 I had tried an image of half-in-half-out the sea but the swell was moving too fast for the camera so it either took the photo in or out of the sea. I then tried the camera having the waves splash up to the lens, as you can see. 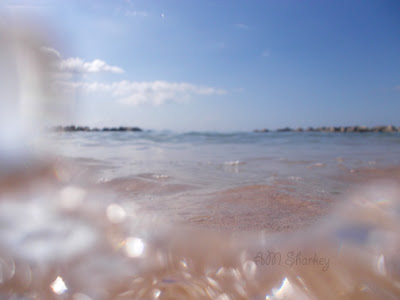 The flash could either be on auto or off and, for some reason, even though it was a bit murky under the water the flash would not go off. 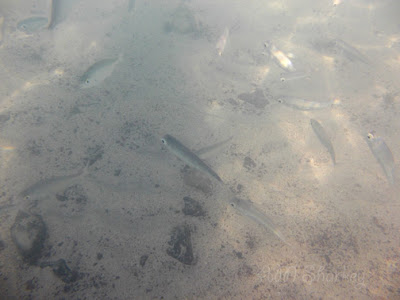 I felt a bit bad because the fish kept swimming around me no problem but as soon as I put the camera in the water they swam away. I could put my hand in and they didn't mind, put the snorkel mask in and they wouldn't mind but they didn't like the camera.

And lastly, my poor attempt at some aerial photography. I could see the Forth Rail Bridge but the plane was juddering and turning fast and my camera couldn't cope with how dark it was outside the plane window and light inside. Hugest sighs. However, as it was probably the only time I will get to photograph the bridge from above, here it is for you to see.

Posted by AnneMarie Sharkey at 10:12 No comments:

I was doing a bit of photography research today and I happened across a German Lomography site.

Some of the images are excellent and it just goes to show that if you are really a good photographer then it doesn't matter what kind of equipment you use.

But don't take my word for it, have a look at these sample links for yourself.

And just for something extra, here is a fairly famous 'lomographer' from Brighton Lomokev - aka Kevin Meridith

Enjoy!
Posted by AnneMarie Sharkey at 17:41 No comments: